The Okie From Muskogee's Headed Home

"I can count on one hand the number of songs we have tested
that have been 100% positive, this is one of those songs."
Bill Booth: WKDZ/WHVO Radio - Cadiz, KY 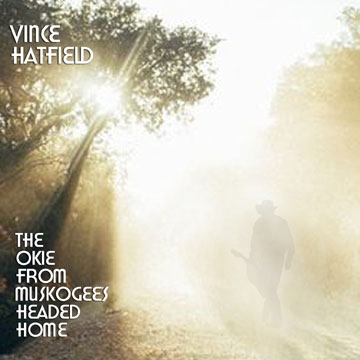 The Okie From Muskogee's Headed Home . . .
The Okie from Muskogee is what most everyone thought with the passing of Merle Haggard, and so did singer, songwriter Vince Hatfield.  Working from a very young age, Vince says Merle wrote and sang about hard work and honest living and that always appealed to him and Merle Haggard has always been the best at this. Merle's incredible voice and talent have been a major influence on Vince's music, since hearing him on the radio at the age of 9. The incredible songs of Merle's have provided the soundtrack for most of Vince's life. Vince said "I can't remember too many parts of my life, which I can't associate with a great Merle Haggard song or album which was out at that point of my life and of course, Merle was simply the best."

Vince Hatfield has always loved the country songs that Merle Haggard sang through the years. After hearing the passing of Merle Haggard while fishing, he started thinking of Merle, and he thought the Okie from Muskogee has went home, he then sat down and wrote this song with the love that he felt for one of the greatest country legends of all times. Merle had so many great songs and they all started flooding Vince's head. He realized that Merle will truly be missed by so many and he wanted to write something that would honor the legend.

Vince has delivered that song in his newest release of "The Okie From Muskogee's Headed Home.   There would be no great songs without great songwriters willing to put everything they feel and think about life's little nuances out there for the world to hear.  Vince has a unique way of always coming up with an unassuming outlook-qualities that make his songs so relatable for so many listeners.

A song like this will only come once in a lifetime to honor this legend.